The Indians have some Irish in them…

The Indians have some Irish in them… 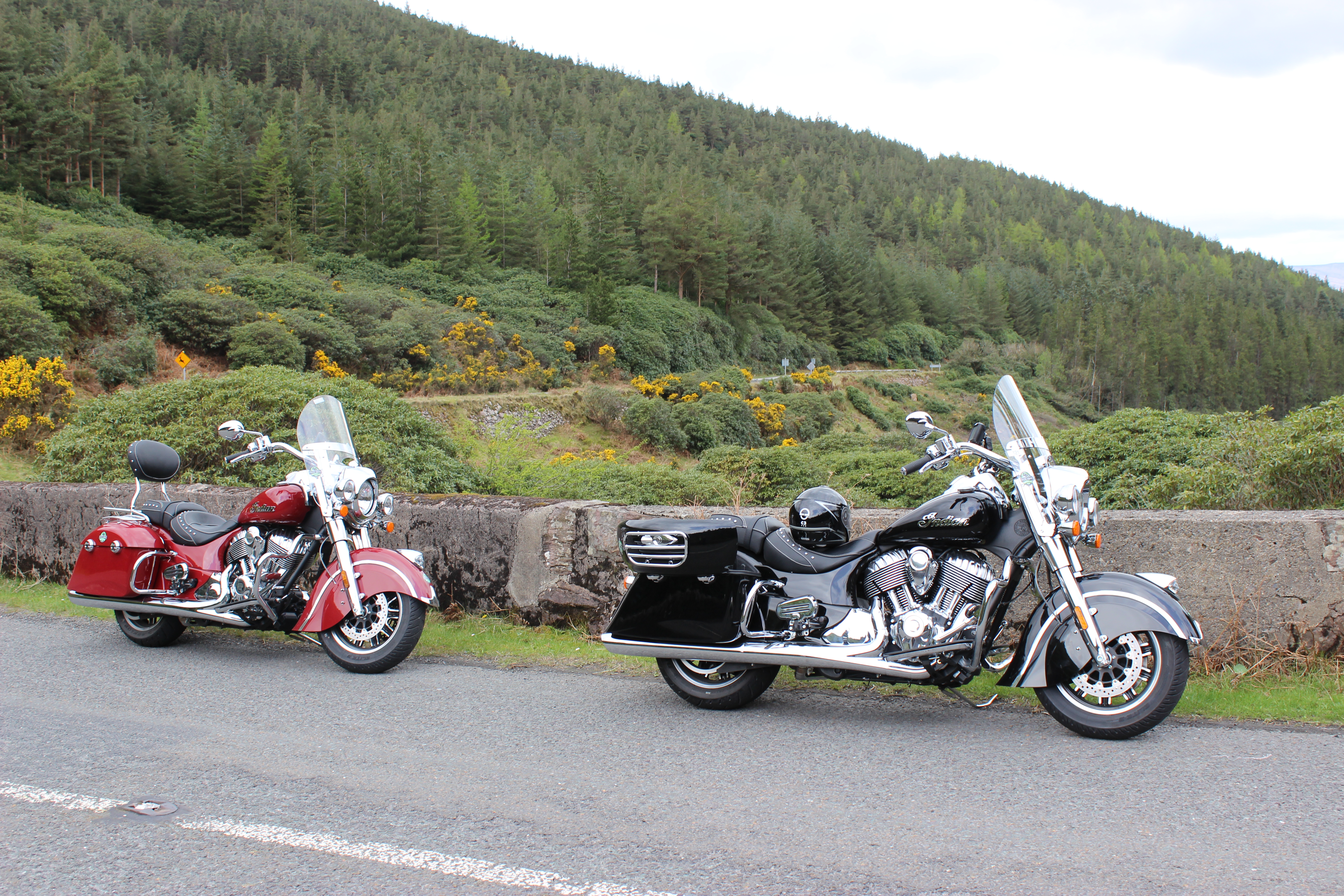 Here is some interesting information about the engineer Charles Franklin, a motorcycle engineer and fine tuner of Indian Motorbikes…
Charles was born October 18th 1880 in Dublin. After his education in St. Andrews College and in 1903, Charles began competing in motorcycle racing with hill climbs, time-lap’s and beach racing being his sport. In 1904 he first raced in London, riding a Belgian FN single-cylinder machine. He won five heats and came third in the final. In 1905 Franklin then competed as a private entrant in the Isle of Man TT Races. Although Franklin never finished the race, he was selected as the third team member for the British Team to race in the Coupe International race of 1905 due to his speed and consistency during the race. His was the first Irishman to participate in the Coup. He then entered every race meet in the Isle of Man from 1908 to 1914, and always finished in the top 10. In 1910 and 1012 though, he did not finish. His best finish was in 1911, where he rode for Indian and finished second. In 1912 he rode an Indian eight-valve model at Brooklands and became the first ever man to cover 300 miles in 300 minutes.
In 1914 Franklin was given the task to launch the first Indian depot in Dublin, which began trading in 1915 but ceased trading in 1916. Franklin and his family were then relocated by Indian to Massachusetts in 1916 but not before he won his last race in Ireland riding a Featherweight Model K two-stroke single. Credited with designing the Model O, Franklin was only working in Indian for three months when it went on sale in 1917. Franklin designed the 1920 Scout, a mid-sized motorcycle with a 37 cubic inch engine (610 cc). The 1922 Indian Chief then used a larger version of the Scout’s engine design. The Chief had dual camshafts, a gearbox similar to the Scout and a wet clutch. After designing the 1925 Indian Prince, a single-cylinder 21 cubic inch lightweight motorcycle, he then redesigned the Scout in 1928, resulting in the Indian 101 Scout. The 101 resulted in exceptional stability and handling, and the frame had the same dimensions. He then designed the three-wheeled Dispatch Tow, which was based on the model 101.
In 1931 Franklin began working from home, continuing to draw and creating plans to engineer engines and motorcycles. He died on the 19th of October 1932, leaving behind his Irish wife Annie and daughter Phyllis.
I’m always interested in the history of things… Buildings, art, war and motorbikes. When Paul was telling me about the history of the Indian motorbikes I must say I was truly overwhelmed.
What do you think of the Indian motorbikes??  Have you rode one, or do you own one?? Join in and leave a comment… We’re always interested in other riders opinions and points of view.
Louise